Staff member
Fans of Sylvester McCoy have reason to celebrate today with the release of Doctor Who: The Seventh Doctor Adventures: Silver and Ice.

Two new tales Bad Day in Tinseltown by Dan Starkey and The Ribos Inheritance by Jonathan Barnes. Series subscribers are also treated to a bonus story The Haunting of Bryck Place written by Georgia Cook and read by Sophie Aldred. The blurb goes like this quoted from the Big Finish website;

"The Doctor and Mel encounter old foes at the edge of the galaxy - where tinsel proves to be a dangerous commodity - before heading to a familiar planet going through turbulent times - and meeting another old acquaintance.

Bad Day in Tinseltown by Dan Starkey (2 parts)
The Doctor and Mel drop in on the frontier town of Brightedge - dubbed ‘Tinseltown’ after the curious by-products from its depleted mine. The Mayor thinks the future lies in entertainment, but as the locals start behaving oddly, a hidden force of Cybermen has other plans...

The Ribos Inheritance by Jonathan Barnes (4 parts)
The Doctor and Mel arrive expecting Suntime on Ribos, but find a world still shrouded in snow and ice - but it’s not just the climate that’s gone awry... As forces plot against the young King, a soothsayer predicts doom. And out in the wilds, the Doctor finds wily conman Garron caught up in events on Ribos once again." Unquote 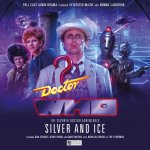 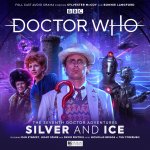 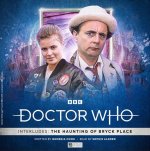