Written by the Paul Spragg Memorial Short Trip Opportunity 2021 winner Joe Vevers this new Nonth Doctor adventure is out now. Directed by Nicholas Briggs and narrated by Jacob Dudman this 42 minute tale is graced by the music and sound design of Richard Fox @ FoxYason Studios.

This free download, the final 2021 Doctor Who release by Big Finish is available at the Big Finish webpage here: 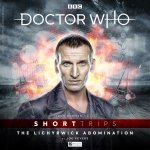 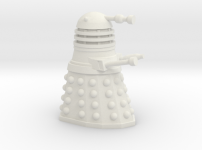 What a fantastic Short Trip, Paul Spragg would almost certainly be proud.

That's hard to tell since Paul Spragg is dead.

Certainly you do not speak for him and honestly no one should be speaking for him.

For commercial entities to make statements for the dead is pretty much as ethical as the very thought may provoke.

You may want to try the original Joe Vevers story titled Back on the Map.

Here is my review of it - https://thetimescales.com/Story/story.php?audioid=12101

It's an outstanding story without the commercial involvement / name change and narration by a bland generic performer.

You would be looking for the PDF file of the original story titled Back on the Map which was converted into an audiobook read by Jacob Dudman called The Lichyrwick Abomination.

So why have concluded that he wouldn't approve either?

I never said I did.

The Lichyrwick Abomination was fantastic, you seem to expect nothing from this franchise outside of pulpy humour filled stories. Even though Doctor Who is at it's best when it is experimental with sci-fi concepts or handled some darker material in a mature fashion, both the Nu and Classic series have delved into some seriously grim ideas and are they are often the best stories. Ergo The Caves of Androzani, ergo The Lost Resort, ergo The Wrath of the Iceni, ergo Nightshade.

Well either that or you just seem to have a hate boner for most Big Finish products. The John Dorney hate post and the Ninth Doctor Chronicles "scam" are both hilariously petty.

As per the subject of the Big Finish releases using the name of the dead Paul Spragg and judged by just four 'wallets", anyone can see that being as unfair to him. Did he leave a scribe saying to Big Finish "Do all of this in my honor." No of course not.

I agree that some of the best stories have been the most grim. My favorites are executions.

It doesn't take a genius to work out why the The Paul Spragg Memorial Short Trip Opportunity was created. Given the work Paul had put into Big Finish and how much everyone who met him missed him, they created the Opportunity as both a tribute to him and to also allow incoming writers to the company to flex their talents. Paul was responsible for many of the stories between 2009 and 2014 and one of the scouters alongside Briggs for new talent.

It doesn't take a genius to very clearly see that Big Finish, a FOR PROFIT company has taken the name of a dead friend and used the name of a deceased person to make themselves look as do-gooders. That's really disgraceful.

It may have used to have been okay to do shit like that, but these days people are not so stupid and will speak up about it.
-K-

Kamelion said:
the name of a dead friend and used the name of a deceased person to make themselves look as do-gooders. That's really disgraceful.
Click to expand...

So why are we allowing the BBC to release Doctor Who if three of the actors who have portrayed the titular character have passed away then?

DanTheMan2150AD said:
So why are we allowing the BBC to release Doctor Who if three of the actors who have portrayed the titular character have passed away then?
Click to expand...

Would that not be interesting to find a Doctor Who publisher that owns the rights to use the name of Paul Spragg? No rights are claimed so it is easy to assume they are not granted and have not ever been granted.

I guess someone would want to contact the estate of Paul Spragg if he had one in place, and ask that estate if Big Finish has permission to use his name after death to continually and annually grant his AFTER DEATH endorsement by using his very name on a publication produced after his death and without his express consent.

What if in life Paul Spragg had known of this and what if he had a simple presentative in the future to just post two words on his behalf, out of respect and decency. And what if those two words would have been "Just stop."

It is entirely possible that he would have have the dignity and respect for others to just say no.

I believe that Big Finish needs to quit using his name in manners of making themselves look like do-gooders. If Paul Spragg was of the caliber I have read of, he would not want that, nor any massive exclusions for commercial gain only.

The Big Finish Paul Spragg so called 'contest' when only being judged by Big Finish wallets is not representative of fans and it is extremely highly discriminative. If there were 10,000 entries and only one was selected that would make 99,999 losers. Simple math. What is more likely is that there were around 100 entries where even in that case 99 of 100 lose. That is massively and on all scales a huge failure and a paramount example of exclusion with no clear rules.

I really, really do not think that Paul Spragg intended of or would support such a sad situation of commercialism.

And again, where are all of the other stories? You know, the ones that four people at Big Finish decided on our behalves that they were not worth reading?

Now do you get it?

Kamelion said:
Simple. BBC owns the rights to the Doctors.
Click to expand...

but they don't own the rights to Hartnell, Troughton or Pertwee yet still publish works with them… so by your own logic it’s disgraceful.

Paul Spragg is a person. The actors you mention are the names of TV actors.

Kamelion said:
Paul Spragg is a person. The actors you mention are the names of TV actors.
Click to expand...

False reasoning yet again.
Paul was a person, but not an actor playing a role. This gives him the legal right to control how his name and image are used.

The same thing applies to the actors who play the Doctor (living or dead), but that does not cover the right to control how their acting work (as the Doctor or the other characters they played in their respective careers) may be used.
They can choose to not let their work be released in certain situations (a famous example being Dimensions in Time), but they cannot stop people creating new products with their characters, as those rights belong to the BBC (or other licence holders as applicable).

Paul is dead tho. Surely you realised that?
D

DanTheMan2150AD said:
Paul is dead tho. Surely you realised that?
Click to expand...

Given we are discussing his Memorial Short Trips range, I think it’s rather obvious he is no longer alive.

Unless we’ve started memorialising people before they’ve even gotten round to dying yet?

Man, you are dense, aren't you? First siding with a notorious transphobe and paedo, and now seemingly missing the point of an argument to continue to push a false narrative.
D

DanTheMan2150AD said:
Man, you are dense, aren't you? First siding with a notorious transphobe and paedo, and now seemingly missing the point of an argument to continue to push a false narrative.
Click to expand...

You can accuse me of lies as much as you want; it won’t suddenly make them true!

I mean accusation is part of my job, but you gave me the evidence of these “lies”, you only have yourself to blame.
D

DanTheMan2150AD said:
I mean accusation is part of my job, but you gave me the evidence of these “lies”, you only have yourself to blame.
Click to expand...

Are you a lawyer, then, or something?