Staff member
Fans of the Fifth Doctor as performed by Peter Davison as well as companions Tegan, Nyssa, Adric and Kamelion have reason to celebrate with todays release.

"Celebrating four decades of the Fifth Doctor, with stories from across his timeline.

1.1 Secrets of Telos by Matt Fitton

Professor Parry’s expedition to the tombs of Telos was hardly an unmitigated success. The handful of survivors limp home in a spaceship… unaware that the deadly peril they faced from the Cybermen is not yet banished.

Into this situation stumble the Fifth Doctor and his friends Nyssa and Tegan - and they’re soon in a deadly fight for their lives.

Except things aren’t quite that simple - something odd is happening to the Doctor. He’s suddenly in a different part of his own timeline inhabiting his future self with no idea of why or how this has happened.

Who is bouncing him through time? And what could they possibly want?

1.2 God of War by Sarah Grochala

The Doctor is still being jolted through his own timeline, and has now found himself with Nyssa, Tegan and Adric in ninth century Iceland near a Viking settlement on the edge of a volcano. A settlement whose leader has just found a god in the ice.

The TARDIS crew are soon in a battle with the fearsome Ice Warriors. There are a lot of lives to save… and not just those of their new friends.

The Doctor’s about to find that his biggest battle may be with his own conscience. Unquote.

In addition to these two new full cast audio dramas a bonus story is included titled "I, Kamelion" by Dominic Martin and performed by Dan Starkey. 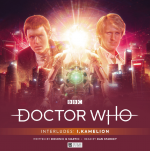 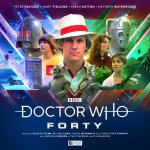 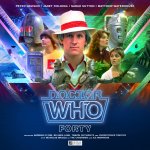 All three of these new stories are now available on the speedy Big Finish website here: