Staff member
Fans of Tom Baker have reason to celebrate to with a trio of new tales with the legendary Tom Baker.

"11.3 The Dreams of Avarice by Guy Adams (4 parts)
The Nine isn't your average robber. A ferociously intelligent and murderous kleptomaniac Time Lord with regenerative dissonance, he’s a far more dangerous adversary than most security details are used to. So it’s useful that the Doctor is on hand to stop him.

This time more than ever - as the Nine is about to pull off the greatest heist of his criminal career. Though could the consequences be far worse than the crime?

11.4 Shellshock by Simon Barnard and Paul Morris (4 parts)
When the TARDIS lands behind German lines at the height of the First World War the Doctor finds himself inadvertently transported to a hospital full of traumatised soldiers. They’re suffering from shellshock but also something else. Something causing vivid nightmares that chill the blood. Something not of this place.

Things are not quiet on the Western Front.

11.5 Peake Season by Lizbeth Myles (2 parts)
After an embarrassing encounter, the Doctor tries to make amends to Mervyn Peake by offering him a trip in the TARDIS. It’s a trip the famous author should never have accepted.

Soon he and the Doctor find themselves trapped in a nameless city and working as newspaper cartoonists.

Where are they? More importantly, where is the TARDIS? And more importantly than that - can they escape with their lives?" Unquote

This new release is available now on collector's edition CD box set and for instant download via the speedy Big Finish website here: 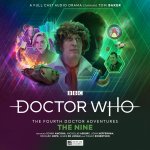 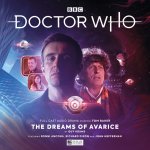 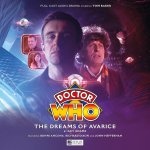 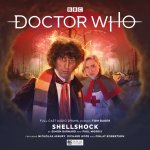 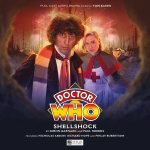 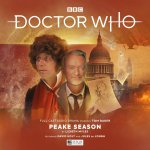 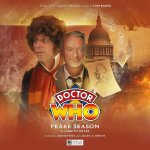