"Sometimes a Time Lord forgets precisely where he left things - keys, screwdrivers... companions! Harry Sullivan and Naomi Cross are stuck in the wrong time, so when the TARDIS arrives, they give up their 21st-century lives to find a way home.

But as they join the Doctor - a different version to any they've met before - Harry and Naomi are in for a few perilous stops along the way...

London Orbital by John Dorney (4 parts)
Long ago, a massacre in a suburban house led to the young Harry Sullivan joining UNIT. But the murders were never solved. Years later, Harry and Naomi Cross investigate an oddity in the London Underground and uncover a whole different side to the capital.

Creatures of myth are running amok across the city in a conflict going back decades. And somewhere in the shadows lurks a new incarnation of their old friend... the Doctor. And he's here to stop a war.

Scream of the Daleks by Lisa McMullin (2 parts)
Halloween 1969. The Doctor, Harry and Naomi respond to a scream for rescue. They find that people have been dying on the same spot on this day across millennia.

But in their bid to stop the nightmare, the travellers have unleashed the Doctor’s old enemy. This may be one cry for help better left unanswered..." Unquote 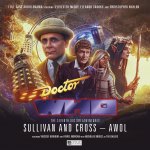 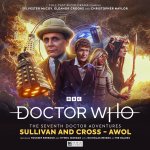