"Dark secrets are revealed as the unlikely investigative pair uncover horrible truths in the Cornish village of Morlington.

The Second World War has begun. London's children are being evacuated to the country and the Pluck family's loyal nanny has been kidnapped... by whom? And where has she been taken? After a death that chills Lavinia Sixpence to her very bones, she is determined to discover the truth.

2.1 The Walls Have Eyes
Lavinia Sixpence has been buried in a rockfall, Desmund Shilling has been poisoned on the Penzance to London railway train and Inspector Cribbage and his fiancé have been blown up in a motor boat in Dead Man's Bay. But all is not lost. Mary Clench is on hand to save the day...

2.2 Rags and Tatters
Lavinia’s investigations take her and the Inspector to London, where an unexpected reunion takes place...

2.3 The Severed Hand
The Countess of Cannoth welcomes Shilling and Sixpence to her castle in Scotland, where the Duchess of Truro gets a nasty surprise in the bath.

2.4 The Coward's Kiss
The Inspector and Sergeant think they've found their murderer, until events at Cannoth Castle take a surprising turn for the worse...

2.5 Cease to Be
The case of the missing nanny would appear to have been solved and the murderer dealt with... until there's a telephone call from Scotland Yard which turns the investigation on its head.

2.6 Alone in the Dark
The shocking truth is revealed." Unquote

The Time Scales recently interviewed the author Nigel Fairs and that may be found here; 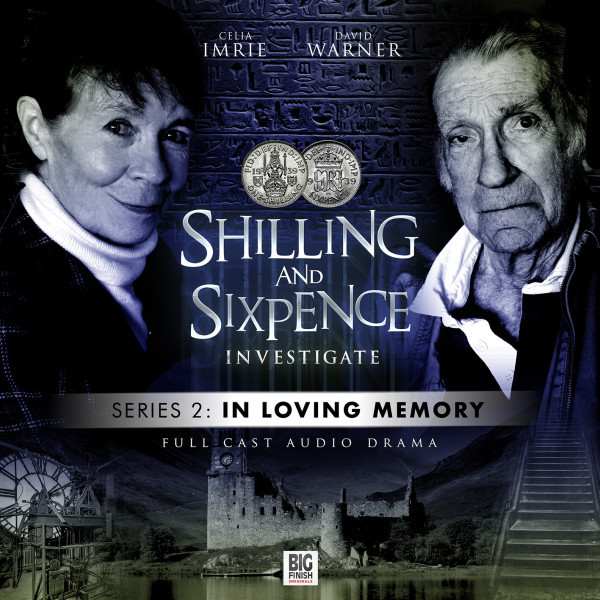 This new release is available for download from Big Finish here and now: https://www.bigfinish.com/releases/v/shilling-sixpence-investigate-series-02-in-loving-memory-2652