"Brigadier Alistair Lethbridge-Stewart is back in a new collection showcasing the best talent from the South Wales Short Story Competition.

Candy Jar Books is pleased to announce the winner of the Lethbridge-Stewart Short Story Competition. The winning stories, Prologue and Epilogue, are written by Peter Frankum.


Shaun Russell, head of publishing at Candy Jar, says: “Peter sent us two stories, both equally brilliant, so we decided to go with both of them. He instinctively understood the characters of Professor Travers and Anne, and offered a new perspective on their lives. We look forward to working with him in the future."

The runner-up story is by Susan Brand. Shaun continutes: "In the Lucy Wilson books we usually include a flashback prologue; basically Lucy sitting on the Brig's knee as he recounts a fantastical story from his action-packed past. Susan has taken this concept and lovingly expanded it. As a co-creator of the series, I felt that this story was a joy to read!"

The Lethbridge-Stewart Short Story Collection features eight exclusive short stories featuring Lethbridge-Stewart at various stages in his life (as well as one story from the wider LSverse). This is a chance for fans to see the Brigadier like they’ve never seen him before!

The eight stories are:
Prologue by Peter Frankum
The Grotesque by Tim Beeley
The Dulcians by Dallas Jones & Roger Reynolds
And... Cut by Robin Kilmister
Feeding Animals in the Zoo by Peer Lenné
A Master of Perception by Alan Darlington
Perfect Day by Susan Brand
Epilogue by Peter Frankum

Fully licensed by the Haisman estate, and featuring concepts and characters created by Mervyn Haisman and Henry Lincoln, the Lethbridge-Stewart Short Story Collection is a must for fans new and old.

Customers are advised that this book will be a limited edition release, only available to purchase directly from Candy Jar Books for £7.99 and with limited copies available." unquote 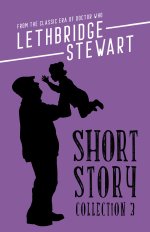 While the Candy Jar web page does currently list this new release as a pre-order, it has begun shipping as evidenced here; 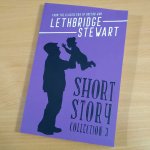 This new release may be purchased at the Candy Jar Store page here;