News : 12/02/2021 ~ Author Will Hadcroft of the BBC Doctor Who Audio Original "The Resurrection Plant" interacts on Twitter

Doctor Who has a new author. Will Hadcroft. Mr. Hadcroft has a Twitter page and he will most certainly interact with fans. He has a new BBC audiobook coming out in late summer 2022 titled "The Resurrection Plant'. It will be read by the legendary Frazer Hines.

The TARDIS brings its occupants to Calico Three, an Earth-like planetoid where industrial foundries are worked alongside sophisticated technology. The Doctor is staggered to learn about the Resurrection Plant, which re-births anyone mortally wounded in the line of work.

While Jamie is put to work in the foundry, Zoe and the Doctor investigate the Plant - but when the machine goes terribly wrong, they must work with the locals to combat a horrifying monster. The Doctor also uncovers a shameful secret that, for him at least, hits close to home. 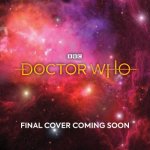 While Mr. Hadcroft will be joining the immortal ranks of Doctor Who authors, we have a bit of a wait as the story is not scheduled to ship until August 4th, 2022. No cover art is yet available and even the author is at present unaware of what it will look like.