Staff member
While Peter Capaldi has never lent his talent to Doctor Who audiobooks or adventures, that hasn't stopped the BBC and Big Finish from producing them.

Released today is a collection of ten stories previously published, now all in one audio collection. It is available on CD and online streaming with the service of your choice. The stories include: 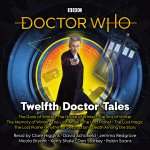